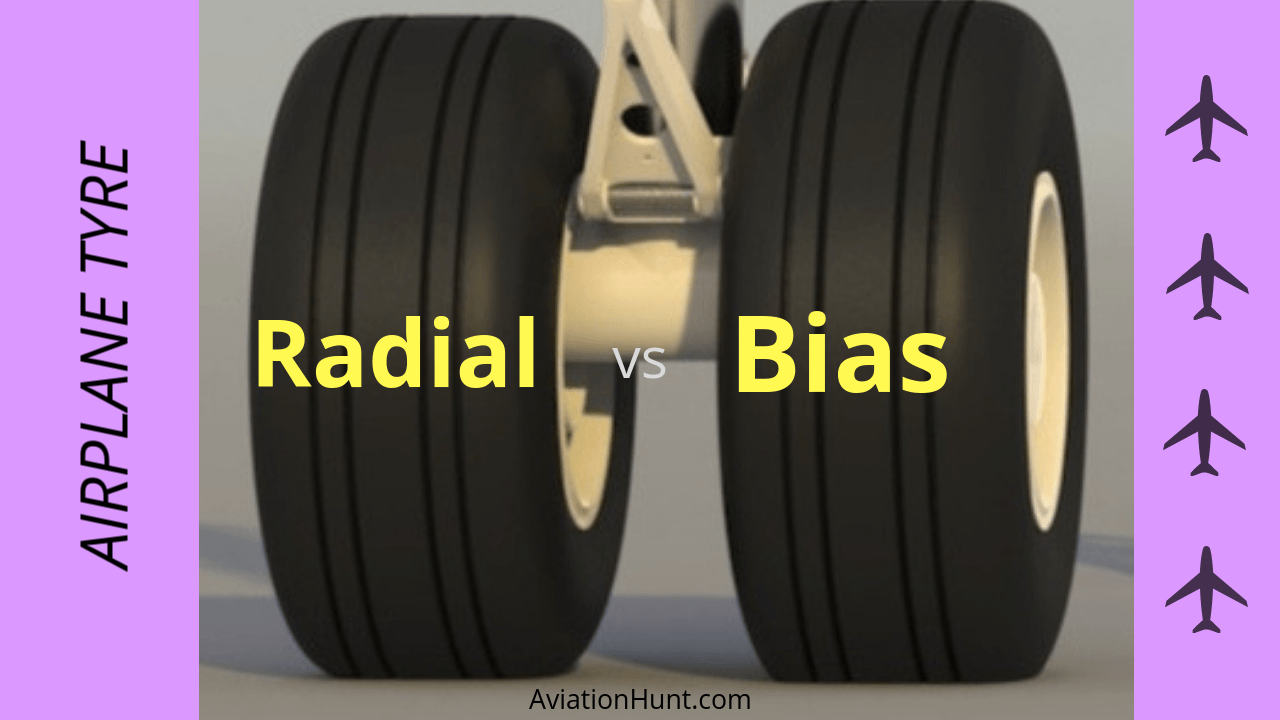 The basic difference between a radial tyre and bias (cross-ply) tyre is the lay of the plies within the tyre carcass. The remainder of the tyre is very similar in construction in both.

Tyres are critical components of aircraft. The choice of tyre totally depends on the aircraft manufacturer. Radial tyres having a feature of rigid belt and flexible carcass which providing more number of landings and less rolling resistance.

So, let’s take a look at major differences between radial and bias-ply tyre.

A radial tyre has the fibre strands of the ply fabric oriented with and at 90° to the direction of rotation and the tyre sidewall. This restricts flexibility bidirectionally and the flexibility of the sidewall while it strengthens the tyre to carry heavy loads.

A bias-ply tyre has the fabric bias oriented with and across the direction of rotation and the sidewall. Since fabric can stretch on the bias, the tyre is flexible and can absorb loads. Tyre strength is obtained by adding plies.

Puncture and Cut Resistance of Tyre

Most radial tyres are resistant to penetrations and cuts, especially in the tread area due to their unique construction process. In fact, only a small portion of the radial tyre will be affected in case of any damage.

Bias-ply tires are cut resistant in the sidewall area. However, if there is any cut in the tread area, it can affect only a small portion of tyre.

Due to stiffer tread in radial tyres, they distribute weight evenly. These results provide consistent contact patch and greater traction, which means the tyres wear less and longer tread life.

While bias-ply tyres do not offer as much smoothness in terms of riding quality, their strong and stable sidewalls more than make up for it, especially this use in heavy-duty carriage trucks and buses.

Aircraft tyre generates more heat during landing. Aircraft drags the wheel until they match the rotational velocity of wheels. Due to this heat generates.

Radial tires have an advantage over the bias-ply tire in terms of reducing heat better.

Which is better radial or bias tyre?

Radial tyres are a newer design. Traditional aircraft were using Cross Ply tyre. The choice of tyre in aircraft only depends on manufacturer type certificate data sheet. Radial tyres are in demand because of their long term value, although they are more expensive than bias-ply tyres.