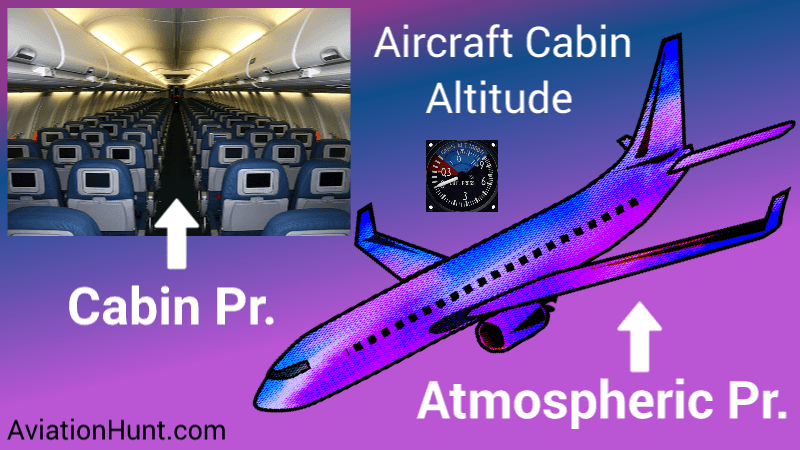 The airplane operates at altitudes where the oxygen density is not sufficient to sustain life. The pressurization control system keeps the airplane cabin interior at a safe altitude. This protects the passengers and crew from the effects of oxygen starvation called hypoxia.

The mixture of gases that make up the earth’s atmosphere is commonly called air. It is composed principally of :

As altitude increases, the total quantity of all the atmospheric gases reduces rapidly. However, the relative proportions of nitrogen and oxygen remain unchanged up to about 50 miles above the surface of the earth. Atmospheric pressure at sea level is 14.7 psi because if a one square inch column of air stretching from sea level into space weighs 14.7 pounds.

Atmospheric pressure decreases with increasing altitude. Most civilian aviation takes place in the troposphere in which temperature decreases as altitude increases. The troposphere is the lowest layer of Earth’s atmosphere and is also where nearly all weather conditions take place.

Source of air for cabin pressurization

The air conditioning packs force air into the airplane pressure vessel (cabin). Pressurization Control System maintains a safe cabin altitude. This is to ensure that passengers and crew have enough oxygen present at sufficient pressure to facilitate full blood saturation.

Controlling cabin pressurization is accomplished by regulating the amount of air that flows out of the cabin. The major components for the pressurization control are the Cabin pressure controller (CPC), Outflow valve, Safety valve, and Negative pressure relief valve.

A cabin outflow valve opens, closes, or modulates to establish the amount of air pressure maintained in the cabin.

The negative pressure relief valve prevents negative differential pressure (vacuum pressure) damage to the airplane structure. This can prevent structural damage during a rapid descent. The spring-loaded relief valve opens inward to allow ambient air to enter the cabin. Too much negative pressure can cause difficulty when opening the cabin door. If high enough, it could cause structural damage since the pressure vessel is designed for cabin pressure to be greater than ambient.