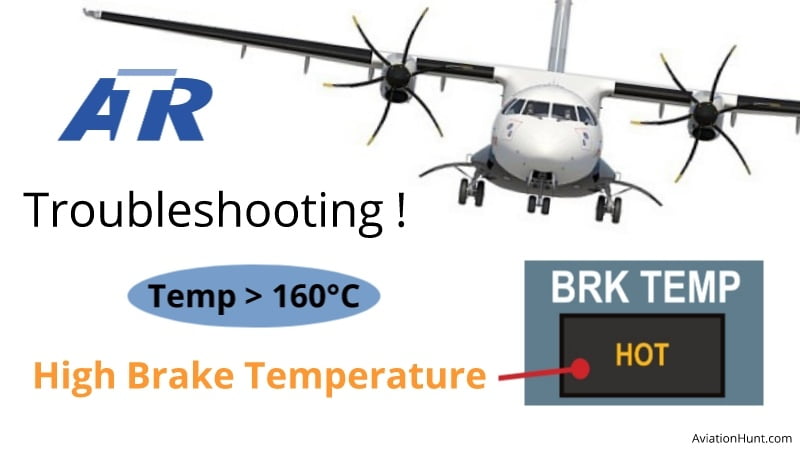 There were several reports of high brake temperature and spongy brakes in ATR 72 Aircraft.

Here I’m going to share my experience which I have observed during troubleshooting of high brake temperature in ATR aircraft. Not doing proper Brake Low-Pressure Line Bleeding is one of the main reasons behind it.

During rectification, it was observed that sufficient importance is not given to Brake Low-Pressure Bleeding, resulting in unequal brake metered pressure to the pair of the brake. Unequal brake meter pressure may result in high brake temperatures.

The hydraulic oil contained in the forward reservoir is used, by master cylinders through rudder pedals, to generate a pressure which acts on the metering valve.

The metering valve meters the pressure supplied by the Green Hydraulic System according to the rotation of the pedals. The hydraulic pressure is sent to the brakes via anti-skid module.

It receives the pressure metered by the pedals and performs a control to each brake, according to the electrical signals from anti-skid control box.

The fuse on each brake line works with the low-pressure relief valve, to stop any fluid leakage due to an incidental break of the exposed brake pipes.

Low-Pressure Bleeding maintains strong fluid coupling between master cylinders and brake metering valves. The air in the system will create a spongy pedal feeling and resulting in inefficient brake applications.