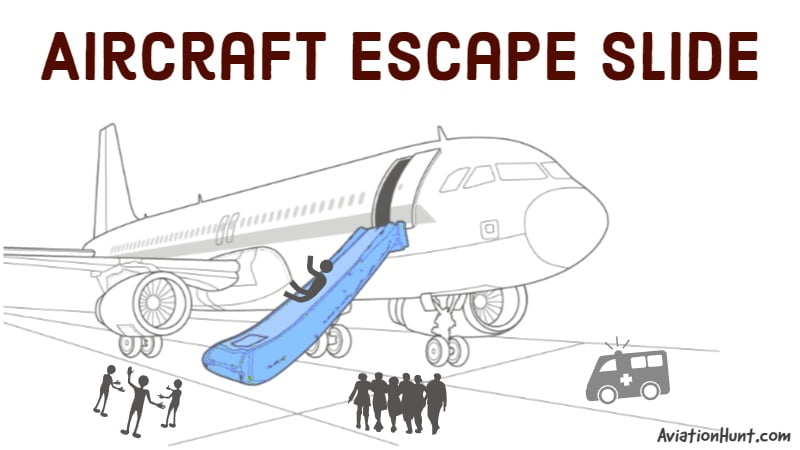 Inadvertent slide deployment (ISD) is one such tiny “big” mistake that has been contributing to unnecessary costs running into millions of dollars worth of revenue loss across the industry.

As we have seen in the last few years, the fiercely competitive market and the rising cost of operations have impacted the aviation industry globally. We have all seen this eat into the profit and revenue of our company as well.

In such times, there is an even greater need to prevent all errors especially those stemming from complacency and slackness in following procedures, as every tiny mistake helps make the matters worse as it directly or indirectly translates into cost.

Inadvertent slide deployments are a serious threat to safety. They can cause serious injury to people in or around an aircraft, and the financial impact caused by delays and repairs is also significant.

Inadvertent slide deployment is the unintentional deployment of an aircraft emergency evacuation slide either full or partial.

In some airlines, the percentage of slide deployment is higher than the industry average adding to the financial burden that can be easily avoided.

Every inadvertent slide deployment not only entails the engineering cost of rectification but also results in huge delays and/or cancellation of the said flight and disrupts the aircraft rotation and scheduling which snowballs into a flight schedule disruption impacting thousands of passengers.

Not only this, but it is also a safety hazard that has the potential to cause injury to both cabin crew as well as the ground personnel.

This not only impacts the staff responsible but has a huge impact on the team as well. It also tarnishes the image of the company in public causing much embarrassment.

Complacency, being in a rush, and non-adherence to SOP have been found to be the major causes for the occurrence of this mistake. A special focus needs to be on non-adherence of arming and disarming procedure recent events have highlighted that not following the said procedure can lead to serious consequences like inadvertent slide deployment or slide not deployed during an evacuation.

Following the SOPs diligently and unfailingly is the key. SOPs are designed keeping in mind the minimum crew complement and work pressure on-board.

In an environment like ours where human error can have severe implications, the SOPs play an important role in the prevention of errors. Always Follow SOPs. The aviation industry is a high-risk domain where both lives and property are at stake.

Cabin safety is a part of an airline safety management program that includes activities related to cabin design and operation. The airlines rely on their crew to be fully committed to delivering services in accordance with the training given and to execute their duties with due attentiveness and commitment.

Such easily avoidable mistakes must be eliminated completely as they not only have serious cost implications but also adversely ruin employee records, may cause serious injury to people, and tarnish the image and reputation of our company.